The District Team wanted to take the chance to say thank you and wish you a Merry Christmas & Happy New Year.

Holly tells us her story of volunteering during lockdown 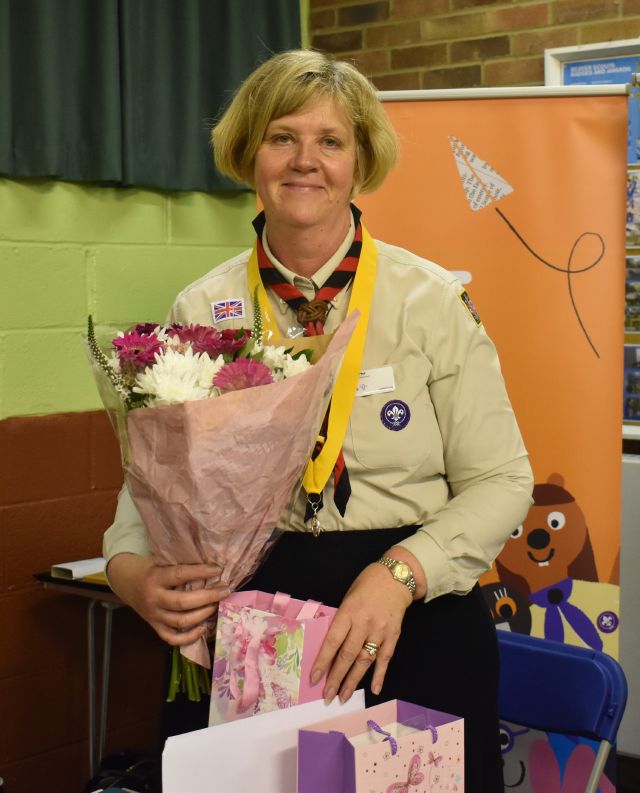 The meeting commenced with Louisa asking everyone to stand for a minute silence for Janet Winslow. Dean Jefferys read an Eulogy to Janet and Louisa explained her family had agreed to a trophy in her memory, to be presented each year to someone from within the District who like Janet, is willing to go and help another Group or section, in times of need.

Debbie Carter officially stood down as District Commissioner and thanked everyone for their help and support during her time in the role. Louisa thanked Debbie for all her hard work, dedication and time that she had spent over the last 4 years helping to make Hornchurch the great District it is and went on to present Debbie with some gifts from the District and Groups, and wishing her well

The formal part of the meeting closed and we then went on to have a short presentation from Roger Stannard from the new Water Activities Team which was launched earlier this year and he promoted the benefits the young people will get from this and asked for adults to come forward and assist the team.

Dean Jefferys and Tony Pearce then concluded the evening with the three young people, Dexter, Briony and Vienna, who attended the World Jamboree from Hornchurch this Summer as we heard of their experiences and watched a slide show from selection to arrival back in the UK. This way we could all see the fun they had, not just while they were in the USA and Canada but over over the last 18 months.

First event for the Water Team 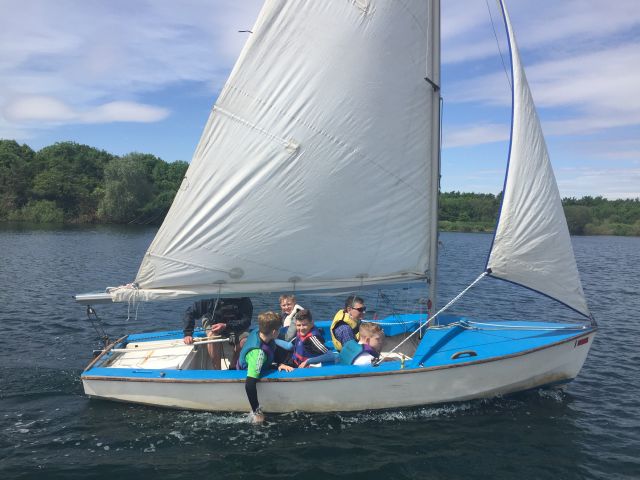 The water ommittee got going with it's first sailing day at Stubbers.

We have been fortunate to enter into a partnership with a family Sunday sailing club that enables us to take a group of scouts out each week.
The hope is that as scouts become proficient they may join the cub and become even better sailors.

There are 40 or so boats to sail of 5 or 6 different types. From single handed boats to larger Wayfairers as per the photo.

We hope we can find leaders or parents to join in and see how far we can take this project.

We have penned in two dates for leaders to have a go.

Contact This email address is being protected from spambots. You need JavaScript enabled to view it.